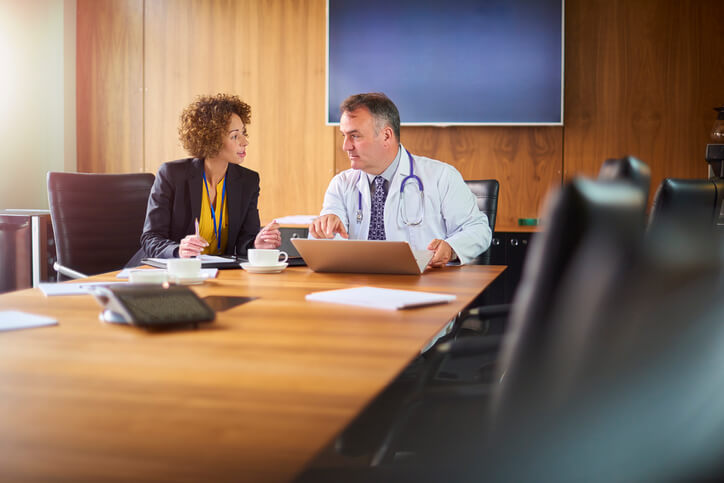 As jury awards in medical malpractice cases ratchet up, medical professionals, especially those in riskier specialties like surgeons and OB/Gyns, should ensure they are not putting their financial futures in jeopardy with inadequate coverage. It starts with a risk assessment and consideration of the right policy options.

Consider the mind-blowing $18.4 million jury award in the malpractice case against physicians for a legal professional who had died of AIDS. They had failed to test him for HIV well before his diagnosis, though he had requested the test because of his existing risk factors.

The point? While the number of medical malpractice claims filed each year is holding steady, the severity of jury awards – or the amount of the verdicts – is on an unstoppable upward trajectory. According to one study, in 2017, 33 published healthcare liability jury verdicts were awarded for over $10 million, versus 20 the year before.

Many variables impact the risk for a lawsuit.  For one, specialists are more at risk than primary care physicians, with surgeons and OB/Gyns the most likely to be named in a legal action. Geography also plays a key role. Tort reform in some states like Texas has put a cap on non-economic verdicts but that’s not the case across the board.

Something else to consider: What used to be typical coverage limits of $1 million with a $3 million aggregate limit may be out of date today in most states, given the legal environment.

Medical Malpractice claims have an inherently long delay between the treatment date and the date most claims are filed. (Medicine is considered a “long tail business,” unlike in others industries where claims are made right away).  Compounding this is that many physicians have tail policies, or occurrence coverage. So it isn’t uncommon to see a policy with lower limits that was bought in the past being triggered years after the treatment date – even while the severity of settlements has continued to increase over time.

It all makes the case for taking a closer look at your practice’s risks and whether your current malpractice coverage’s terms, provisions or coverage limits measure up.

One place to start is by working with your broker to evaluate what policy form is best for your particular circumstances. There are three that all provide similar coverages but have different triggers for the policy to apply.

Another smart move is to undertake a risk assessment of your practice, which many malpractice insurers and consultative brokers provide at no charge. It can be invaluable in uncovering worrisome risk factors and practices and might also reduce your malpractice insurance rates. Surprisingly, one survey found that 67 percent of physicians hadn’t done a risk assessment and had no plans to do so.

Your malpractice coverage is an essential way to protect your earnings and assets against malpractice claims and legal actions. It’s not just evaluating your risks and getting the best policy for your needs that are important, though. Make sure you have the right amount of coverage for your risk position. Many doctors need to reevaluate their coverage and limits in the current claims-environment or else potentially face financially painful claims outcomes.

HUB International’s team of healthcare specialists is ready to help your practice assess its risks and ensure that your medical malpractice coverage is sufficient for today’s conditions.