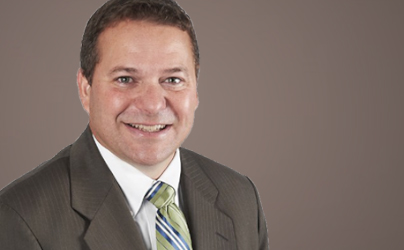 Mike Chapman is President of HUB’s south region, responsible for overall leadership of the region. Hub South includes 4 Hubs from Louisiana to Virginia and Puerto Rico, with $300M in total revenue and 1000 employees.  Mr. Chapman also serves on the Executive Management Team (EMT) of Hub International, as well as being a member of the Steering and Operations committees.

Most recently, he was the Chief Sales Officer of Hub New England and CEO of Hub Southeast CEO the predecessor of the expanded Hub South region. He began his career as a Highly Protected Risk (HPR) field engineer with Kemper Insurance in 1986 where he worked as an engineer supervisor, underwriter, and underwriting manager for Kemper. He also worked for Fireman’s Fund where he helped create the Fireman’s Fund HPR department and became the Boston Branch Manager of Fireman’s Fund. He also held position the position of national branch marketing manager for Lexington Insurance Company, a part of American International Group (AIG) and C.J. McCarthy, which was acquired by Hub in 2000.

Mr. Chapman is a graduate of the University of New Hampshire with a B.S in Mechanical Engineering. He has completed his Chartered Property Casualty Underwriter (CPCU), Accredited Advisor in Insurance (AAI), and Associate in Risk Management (ARM) designations. He is a regular speaker nationally on the commercial insurance market, and is a frequent contributor to industry publications. He has served on local and national advisory councils for several major insurance carriers, including Acadia, Hanover, Philadelphia, Affiliated FM, Hartford, Travelers and Zurich.

Mr. Chapman lives in Kiawah Island, SC with his wife Doreen and two Labrador Retrievers Nolie and Dalton. He and Doreen have a daughter Margaret at Graduate School at Wheelock College in Boston and a son Nicholas at Clemson University.